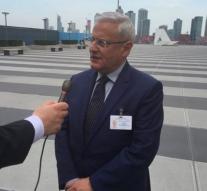 - "The candidate of Malta to the European Court on Tuesday voted by the European Parliament. Leo Brincat was until recently a member of the Maltese Government and is therefore in accordance with a parliamentary majority not independent enough for the Court."

"In March, the previous candidate of Malta withdrew. Both are in accordance with Maltese media \"contaminated\" because of a corruption scandal surrounding the Panama Papers which the Cabinet of the Prime Minister is concerned."

"All 28 EU Member States may provide a Member of the Court. Candidates Cyprus and Portugal did get the green light."