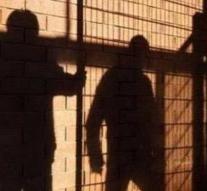 kuala lumpur - The government of Malaysia wants to abolish the death penalty. The parliament will discuss the bill on Monday, reporting Malaysian media. The planned executions are provisionally suspended.

Although the debate is still pending, Minister of Justice Liew Vui Keong is pretty sure of his case: 'The death penalty will be abolished, point,' he reportedly said for students from a Malaysian university. 'We still have to check and hear everyone's opinion. But as it stands now, the penalty is abolished. '

Human rights activists welcome the step. It is a 'great announcement', wrote Amnesty International Malaysia on Twitter. According to reports in the local media, more than 1200 people are currently on death row. They have been convicted of drug trafficking, terrorism, betrayal or other crimes.