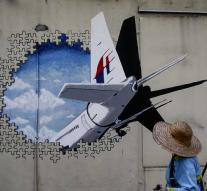 kuala lumpur - The new Malaysian government will critically review the agreements about the search for the missing device MH370. The country signed a contract with an American company in January, which receives up to $ 70 million when the plane is found.

MH370 disappeared without a trace in 2014 with 239 people on board. An earlier search for the missing aircraft from Malaysia Airlines did not work out. Malaysia later joined forces with the American Ocean Infinity, which went looking for remnants of the Boeing 777 with its own ship.

'We want to know what the need is,' said Prime Minister Mahathir Mohamad, 92, who took office earlier this month. 'We assess the contract and have to stop it if it is not useful. '