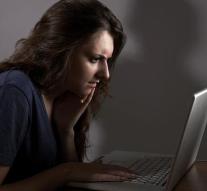 utrecht - News sites, online stores and sites of energy companies are often poorly accessible to the blind, visually impaired and people with other disabilities. That conclusion draws Accessibility Foundation based on research into hundreds of popular Dutch websites.

A site accessible to all, is an art. One mistake and a whole group of people can not view a site. Thus, half of the sites, the researchers took a closer look does not operate with a keyboard. For the blind is fatal.

The government is doing relatively well. Accessibility examined sixteen sectors. Score the best information sites of municipalities, the national government and assemblies such as the Lower House.

The foundation called the results worrisome. '' Because of the digitization of society, people are increasingly dependent on the Internet to independently participate in the society. People with disabilities are likely here to bear the brunt of. ''