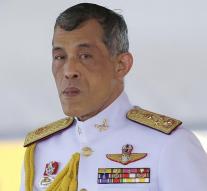 bangkok - The Thai Crown Prince Maha Vajiralogkorn Thursday formally proclaimed king. The chairman of the Thai parliament Maha invited to accept the monarchy and with the acceptance of the accession fact, the BBC reported. The 64-year-old new monarch will follow as his father Bhumibol Adulyadej, who died in mid-October at the age of 88.

The formal coronation Maha follow until late next year, in a ceremony with rituals of Buddhism and Brahmanism. He will include an umbrella with nine ribs, symbol of royal power. There is a ritual washing and getting the king water from eighteen different places in Thailand.