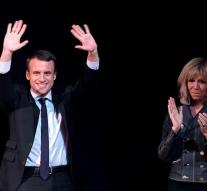 berlin - Emmanuel Macron is visiting a German chancellor Angela Merkel in Berlin on Monday, one day after his installation as new president of France. That was announced by the German government on Friday.

Merkel, after the Macron's election victory, knew that she was looking forward to working with him.