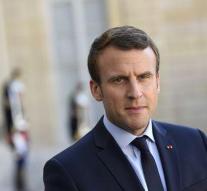 - President Emmanuel Macron's party is heading for a victory in the first round of the French parliamentary elections. According to the first results of French public broadcasting, La République and Marche achieved 32.2 percent of the votes.

The French go to the polls to divide the 577 seats in the Assembly National. In most constituencies, the decision will not be taken until next week. Then the final second round of parliamentary elections.