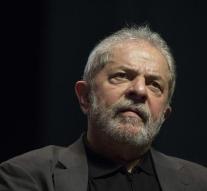 This is evident from the documents published Friday in federal court in Brasilia. The former CEO of the investment bank Grupo BTG Pactual SA receives a summons to answer for the same offense.

In walked examine different legal districts to Lula's involvement in a major corruption scandal involving the state oil company Petroleo Brasileiro SA, but now he has been officially indicted.