Home / World / Lucas returned to the helm at Greens 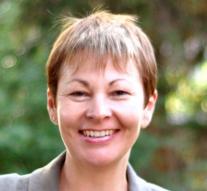 - Caroline Lucas is back at the helm of the Green Party. The only MEP of the Greens re-elected as leader in England and Wales on Thursday at the party conference in Birmingham.

She was already in the period 2008-2012. This time it is a shared job, which comes complete with Lucas Jonathan Bartley. He is the spokesman in the field of work and income, including pensions.

The pair Natalie Bennett follows, who has retired after four years. Born former journalist in Australia was often very difficult and gave freely admit that she is not a seasoned politician,, for a lifetime. ' The combination Lucas / Bartley got 88 percent of the more than 15 000 votes.


According to Sky News Lucas gave her victory speech the upcoming 'brexit' attention. She believes that any deal the government does must be submitted by the EU to the electorate.,, An appointment that offers both before- and against voter hope nor security, we can not accept. ''