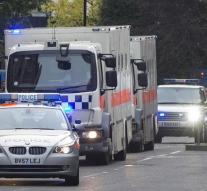 london - Britain is isolating Islamic extremists in prisons. Public authorities on Monday said it must be prevented radicalize other prisoners. Therefore, the extremists are placed in a department with more security.

British Justice Minister Liz Truss, says there are many measures have been taken to prevent the spread of radical ideology. For example, prison staff trained to intervene when they see that by extremists hold talks on prisoners.,, But a small number of state-dangerous prisoners to be put aside, 'said the minister.

The government comes with the policy just before the sentence is announced of the most notorious Islamic preacher Anjem Choudary.