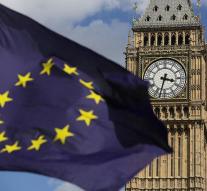 - "The British government does not want a lot about how the 'brexit' will release his work before Article 50 of the European Convention is called and formally start negotiations on the withdrawal of the UK from the European Union. This has brexit Minister David Davis said Monday."

"Davis kept the parliament that it is to the extent that everyone will be a frustrating time,, '. Before negotiations begin, the government wants clear guidelines are ready. Davis said that a majority in Parliament who wants to continue to be confident in the EU departure will still be worthwhile."