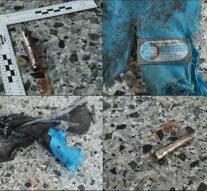 london - The British government is furious about leaking information from the investigation into the terrorist attack in Manchester via American media. The authorities suspect that the information that is shared on the basis of long-term agreements, via American intelligence services, finds its way to the media, according to Sky News and The Guardian.

According to The Guardian, Prime Minister Theresa May plans to address the issue with US President Donald Trump when she speaks to him at the NATO summit in Brussels on Thursday. Leakage can complicate the investigation, which has led to eight arrests in Britain and two in Libya.

British officials responded when the New York Times published forensic photographs of the bomb used on Wednesday. Previously, the name of the alleged perpetrator, Salman Abedi, was leaked in America before being known in England.