Home / World / Lithuania wants to, but the refugees 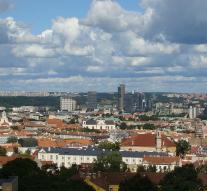 - Lithuania would like to receive refugees but says that the interest of the migrants themselves is minimal. "We are willing to take on immediately refugees, but there are no refugees in Italy and Greece who are willing to settle in Lithuania", said Deputy Prime Minister Rimantas Vaitkus Monday.

Lithuania wants to include 1105 migrants in the next two years. " It seems that refugees know about Sweden, Germany, France, Britain, which is either a generous social security or have actively recruited immigrants have ", Vaitkus said.