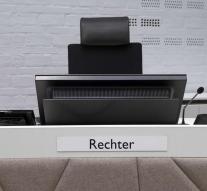 - A 56 year old man from Liege in Belgium is life in prison. A popular jury found evidence that the man had two children electrocuted in a bathtub. Wednesday was the man imposed his sentence.

-The facts date back to August 2, 2013. The man gave his two children a soporific drug, put the two children in the bathtub and threw a hair dryer with an extension cord in water. The two boys aged three and five died of cardiac arrest.The man claimed that he had not intentionally slain his children, but that it was an accident. But the jury did not believe.The mother of the children who had seen her sons still in the bath and tried in vain to resuscitate them, wanted to break with her ​​husband. The man was already there threatened to kill her family and taking his own life.
NEW