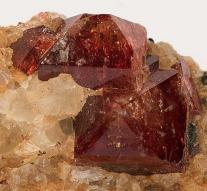 amsterdam - Life on Earth exists 300 million years longer than had been assumed until now .

US scientists have found a zircon in Western Australia which would indicate that the first life forms on our planet arose 4.1 billion years ago. The mineral , one of the approximately ten thousand who gathered the Americans, " is almost certainly not the result of recent geological activity ," write the researchers in a report published Monday.

They keep a margin of error of 10 million years - a blink in the long history of the earth . The mineral zircon is often used in research on the age of rocks. Zirconium is exceptionally resistant to external influences and gives us knowledge about events of hundreds of millions or even billions of years ago.

Until now it was assumed that the first single-celled organisms were formed 3.8 billion years ago. By comparison hominid existed for 200000 years.