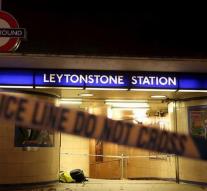 london - A man who,, for Syria '' late last year any subway passenger stabbed in London, on Monday received a life sentence there. Offender Muhaydin Mire (30) must serve a minimum of 8.5 years before he first to request parole.

The victim survived the attack. Mire had tried to cut his throat, but he was saved by emergency surgery.

In court the attacker denied that he wanted to murder his victim. The judge did not go along with this and sentenced him for attempted murder. Although the man the authorities was inspired may not officially designated as terrorist act by propaganda of jihadists, Justice condemned the attack.