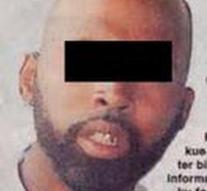 - The Supreme Court in Barcelona has decided that the life sentence for Elvis K. for the murder of politician Helmin WIELS from Curaçao maintained.

Wiels was shot on May 5, 2013 on the beach of Marie Pampoen. He was leader of the then largest political party Pueblo Soberano (Sovereign People). In 2014, Elvis K. was sentenced to life imprisonment for the murder and two other murders. That sentence remains unchanged, as the Supreme Court ruled Tuesday.