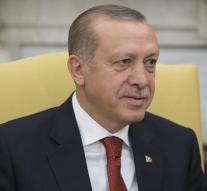 istanbul - The resignation wave of Turkish government officials after the failed coup last July destroyed the lives of tens of thousands of people. Of the more than 100,000 police officers, soldiers, magistrates, doctors, academics and teachers who were fired, only a few can provide their living, says Amnesty International.

Their careers were abruptly interrupted and their access to other jobs was denied. Nor can they claim social benefits. Amnesty claims that dismissed officials are entitled to their savings, support from friends and family, work in the informal sector or small allowances from their unions.

Amnesty researchers spoke to dozens of victims. None of them had explained the reason for resignation, except there were suspicions of ties with terrorist groups.