Home / World / Libyan agents were arrested for murder in 1984 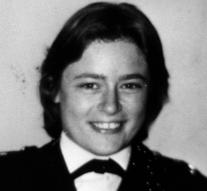 london - A Libyan was arrested for his role in the murder of the British policewoman Yvonne Fletcher in 1984. This is a British police officer Richard Walton Thursday. It is about a man in his fifties who has been arrested in southeast England. He would also have money laundered. Previously arrested two Libyans.

Fletcher was shot in April 1984 in front of the Libyan embassy in St James's Square in London. The 25-year-old officer was sent to a protest outside the embassy. Opponents of the regime of Colonel Muammar Gaddafi (1942-2011) demonstrated there following the execution in Libya of two students. From the embassy fired on the demonstrators. Fletcher was hit fatally, eleven others were wounded.

The shooting led to a rupture between London and Tripoli. All Libyan diplomats were expelled. Initially Tripoli said the embassy was attacked and fired in self-defense personnel. In 1999 Gaddafi recognized to be responsible.