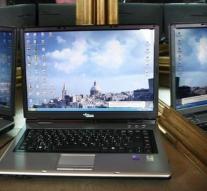 london - A list of names of terrorists and serious criminal used by banks and intelligence, has been leaked on the Internet.

It is an outdated list from 2014 with about 2.2 million names of suspected terrorists and people who are associated with serious crime, money laundering, reports The Register. Banks use a current version of the list to keep customers or block bills.

The leak was discovered by security expert Chris Vickery. He has company Thomson Reuters, which administers the list, informed. However, in The Register he announced that the details are still to be found. Thomson Reuters confirms that the outdated list is put through a third person online. Work is underway to remove it again.