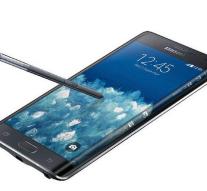 Details on the new phablet have been leaked in recent weeks, but Samsung has not confirmed anything. The device would cost 849 euros in Europe. It would have the same features as the Galaxy S7 and S7 Edge, but the device also would get an iris scanner and 6 GB of RAM.

The previous version called Samsung Note 5. No. 6 so skips. That has to do with the Galaxy S series smartphones. The names of S and Note knock namely not at all. Early last year, the Samsung S5 and S6 then Samsung and launched in the autumn brought the Note 5. In 2014, the Note 4 in the market. In March this year, the S7 appeared in stores. By now choosing for Note 7, Samsung brings more line in the names.