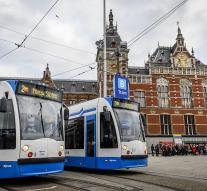 the hague - The wages in the Netherlands increased by 1.8 per cent last year, the biggest wage increase in the past six years.

The wage increase was also significantly stronger in 2016 than inflation, the Central Bureau of Statistics (CBS) announced on Tuesday on the basis of final figures.

In government and education, wages increased the most, with more than 3 percent and almost 4 percent respectively. Other industries where wages increased significantly were the construction and leasing and trading of real estate. In most other business sectors, the increases remained quite limited.

The consumer price rises last year rose by 0.3 percent at the lowest level since 1987. The purchasing power increased considerably.