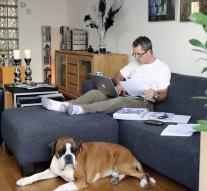 The association investigated how easy it was to replace the battery at more than six hundred laptops. Among the brands are big differences. Below the list is Apple. Acer and Asus score better, then come include HP and PEAQ. Toshiba and Lenova be a priority issue. Most laptops these two brands have a battery which is loose in its housing and easy unclipping.