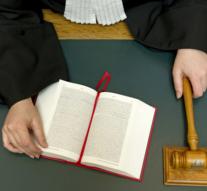 karlsruhe - A judge must determine if allowed to put a 97-year-old woman from her home in Munich. The bedridden and demented Anna has lived since 1955 in the three-bedroom house. Her caregiver, the landlord several times so deeply offended that the woman and her caregiver would throw out their home.

The male attendant nurses wife since 2007. He lives on the same floor as the elderly woman. An initially small disagreement between the owner and the caretaker escalated considerably. The man called the owner later include 'a Nazi and a terrorist. 'A judge in Karlsruhe must now decide whether the intention to expel the landlord is justified.