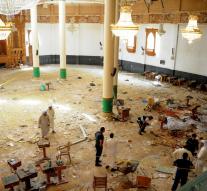 - Kuwait is an Islamic State which rolled terrorist financing and foresaw weapons. At least ten people have been arrested, according to the Interior Ministry Thursday.

A member of the group arranges the transport of militants and transferred money to accounts in Turkey and Australia. Among those arrested are two Australians and five Syrians.

In June Kuwait was faced with the most serious attack ever in that country. A terrorist blew himself up at the Imam al- Sadeq mosque in Kuwait City, leaving 27 people dead.