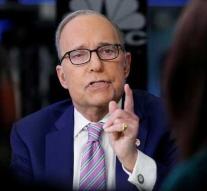 The appointment of Kudlow as director of the National Economic Council is no big surprise. Trump told reporters Tuesday that Kudlow, a Republican who served as an economic adviser to former President Ronald Reagan in the 1980s and also worked on Wall Street, had a 'big chance' to replace Cohn.