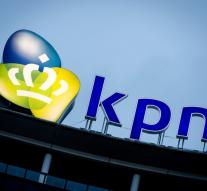 - KPN must offer competitors in the telecommunications market over the next three years, access to its fixed copper and fiber network. It has Supervisory Authority for Consumer Market (ACM) has decided.

The Netherlands has only two major networks that allow consumers to surf the Internet, watch TV and call: the cable network Ziggo and copper and fiber optic network. ACM believes that not enough and attempts through rules to ensure healthy competition.

Earlier this year the European Commission was critical of the draft regulator. The ACM has therefore decided slightly adjusted. Meanwhile, Brussels is agreed. Parties can still appeal against the decision.