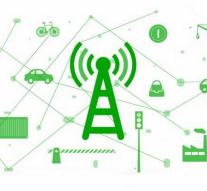 - KPN today in Rotterdam and The Hague launched a new network of millions of devices using low power and data can connect. The municipality cleaning may for example look at a distance or a waste container must be emptied.

The so-called Lora network appears next to the existing 2G, 3G and 4G networks. Due to the low frequency used by Lora, the range is large and the indoor coverage well. The data are sent via the encrypted Lora network to ensure privacy.

The network is designed for devices that do not require continuous internet connection, but want to send data at certain times. These devices are for this purpose provided with a sensor that communicates with the Lora- network.

Lora is based on an open standard ' LoRaWAN. Besides KPN are also companies like Semtech, Cisco, Actility, Proximus and Swisscom member of LORA Alliance. KPN is working with these parties in order to allow all Lora devices all over the world in the same way 'talk'.

Amsterdam Since August has been a hiding Lora network that is not owned by a commercial party. Companies like Port Authority Port of Amsterdam, KPMG, the Beurs van Berlage and Deloitte have funded the construction. Through crowdfunding is unrolled the network expansion. The founders resist interference from commercial parties, " Lora should be free to use. Because, dates are as oxygen, a common good, "said Wienke Giezeman, founder of The Things Network, which has placed the antennas.

KPN aims to Lora network in 2016 gradually roll out in the rest of the Netherlands. The coming period will be more than one thousand existing mobile radio sites provide the Lora technology to create a nationwide network.