Home / World / Kosovar arrested for hacking into which IS 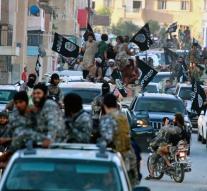 - Malaysia has arrested a Kosovar who is suspected to have been hacked to Islamic State. The arrest occurred at the request of the United States, because the man personal information of more than one thousand US troops would have stolen . That information would he have passed on to the terrorist movement .

In August, the Kosovar placed according to the US Department of Justice a tweet in which he announced the hack. To this he connected a link to a document.

" We are in your emails and computer systems and see every move you make . We share your personal information to the fighters of the Caliphate, which with the consent of Allah will get you quickly into the neck in your own country! ", was reading it. The US has asked Malaysia to extradite the man.