Home / Tech / Konami is in line with Maradona 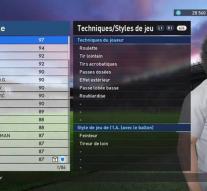 The details of the deal have not been announced, but Maradona will announce the game until 2020. It is not known how much money he receives for it, but part of it is intended for the construction of football fields in Argentina. There was a lot of Konami trying to prevent a lawsuit. The Japanese company's head was flown to Argentina to negotiate with Maradona.