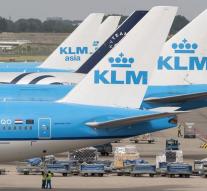 - KLM resumes Sunday flights to Istanbul. The flight KL1613 from Amsterdam to the Turkish city will leave at 11.35 as scheduled, according to the airline.

There larger aircraft are used to carry more passengers who could not travel after the failed coup attempt in Turkey due to cancellation of flights. Friday returned a KLM plane with 184 passengers on board because of the coup mid-flight from Amsterdam to Istanbul back to Schiphol.


According to the KLM flight operation still not normalized at all. As a precaution let the company until further notice no crews stay in Istanbul; they fly with a delay of four hours the next morning back to Amsterdam.