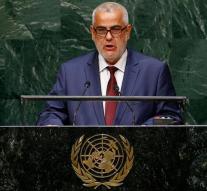 rabat - Morocco's King Mohammed VI will replace Prime Minister Abdelilah Benkirane. Another member of the Party of Justice and Development (PJD) took his place, made the palace known.

The king stepped in as the formation of a new government was delayed too long. The PJB won in October elections, but failed to form a new government. Mohammed VI noted with concern in a statement about the political impasse.

The stalemate could affect the economy of the North African country. The budget for this year can only be approved as a new government took office. Benkirane told to accept the decision of the monarch. His party will convene Thursday according to a source in order to discuss the issue.