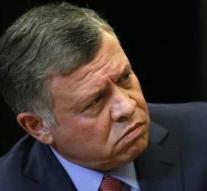 amman - The Jordanian King Abdullah II is expected to ask Prime Minister Hani Mulki Monday for his resignation. That report Jordanian media on the basis of political sources. Mulki has to leave because of national dissatisfaction with his economic policy.

In recent days, protesters in the capital city of Amman and other major cities demanded the resignation of the prime minister. They are angry because of a tax plan supported by the IMF. Many Jordanians have seen prices rise lately, without an improvement in salary. They fear that everything will become even more expensive. The protests were the biggest in years in the country.

Prime Minister Mulki does not want to withdraw the unpopular measure. He thinks parliament should judge about it.