Home / Tech / Kim Dotcom is back with online storage 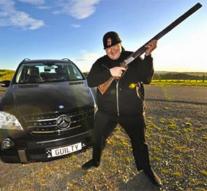 - The famous- or rather infamous- entrepreneur Kim Dotcom has again make themselves heard. He said he is working on a new online storage service, similar to Megaupload.

Dotcom- his real name- launched a few years ago the Megaupload Mega successor, but left soon with this company. The 'divorce' was not exactly friendly to mention. In a recent article by the employer in which he again criticized his former company, he soon dropped out to come up with a new service.

News site TorrentFreak report this that the service should be launched in January 2017, and 100GB of storage users get free.


Dotcom is still fighting extradition to the United States at the court in New Zealand, where he lives. There he must appear before the court because through Megaupload widely copyrighted media were exchanged.