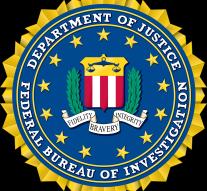 - The number of agents that last year in the United States, was killed by a crime almost doubled in 2014 compared to a year earlier. The FBI had last year 96 officers who died during their work. 51 of them were killed by ' criminal acts ', the other 45 by accident .

Although the number of murders has increased significantly compared to last year, the longer term trend is more or less stable.