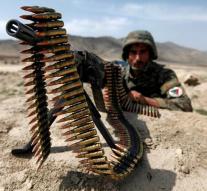 kabul - A suicide bomber has sat in the Afghan capital Kabul bloated middle of participants in a large demonstration. At least ten people were killed.

The demonstration was held by people from the Hazara People, an ethnic minority in the country. Dozens of people were injured by the explosion, the authorities informed. There are no data on the perpetrator and motive.