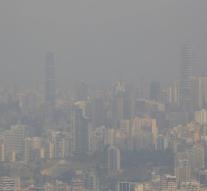 - In suicide bombings in Qaa, a village in eastern Lebanon, his Monday morning six people were killed. Dozens of others were injured.

Several suicide bombers would have blown themselves up, reports a local television station. Three Lebanese soldiers were wounded. All casualties are civilians.

The village of Qaa located a few kilometers from the border with Syria.