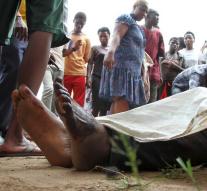 - When fighting around three military bases in the capital of Burundi Friday least seven deaths. Two soldiers and five rebels were killed when government opponents attacks launched at the locations.

According to an anonymous military source, the deaths occurred in fighting around the Ngagara base in Bujumbura. Witnesses heard gunshots and explosions throughout the night. A government official said on Twitter that military camps were attacked, but could not confirm casualties had fallen.