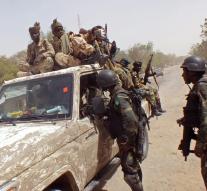 yaounde - Eleven people were killed Sunday and ten wounded when two suicide bombers blew themselves in the city of Mora in northern Cameroon . Which have military sources confirmed in Cameroon .

It is not yet clear whether the attackers are also among the victims, said a military spokesman.