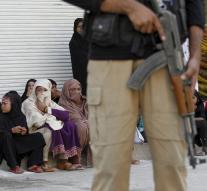 - An attack on a procession of Shiite Muslims in Pakistan has killed at least sixteen people died. According to police, a suicide bomber blew himself up in Sindh province during the Muslim celebration of Ashura.

The attack took place shortly after a Sunni group had threatened violence during the celebration. Forty people were injured.