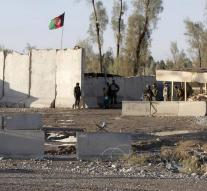 kabul - Infighting between two groups of Taliban in Afghanistan over the past three days certainly hundred fighters killed. Only Wednesday came as local authorities, at least 74 militants were killed by fighting in the Herat province in western Afghanistan.

Supporters of Mullah Mansur, about whom rumors that he is wounded or dead, have to stick with Taliban who are loyal to Mullah Rassul. Mansur was last summer's sequel to Taliban leader Mullah Omar but not everyone within the extremist movement was pleased. Several groups split off.