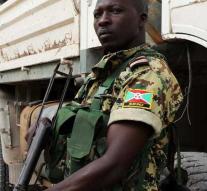 mogadishu - Due to a bomb attack in a busy street in the Somali capital Mogadishu, according to the first reports, at least five people were killed on Thursday evening. There are also several...

A car full of explosives went into the air on Maka al-Mukarama Road near a hotel. After the explosion, according to witnesses, armed men stormed the building and opened the fire. There is fear of more fatalities.