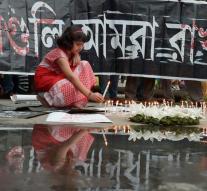 - US Secretary of State John Kerry Bangladesh offered the assistance of the FBI to investigate the perpetrators of the attack in Dhaka.

That said his spokesman Monday in a statement.

When the hostage, which IS has claimed this weekend came around twenty people dead. The Bangladeshi authorities deny that IS is behind the attack, are looking for a mystery how it is that the perpetrators were seven people in Bangladesh. Police are investigating how the young, rich and learned perpetrators were radicalized.


Of the seven terrorists were six killed. One was arrested when commandos ended the hostage.