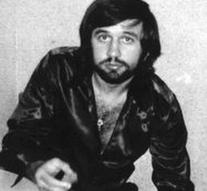 amsterdam - The former Yugoslav spy Slobodan Mitric, alias Karate Bob, 'is Friday night in Amsterdam deceased at the age of 68. That Saturday let his editor know.

Mitric shot on Christmas Eve 1973 three Serb men dead in the Pijp. The former secret agent, who got his nickname because of his specialization in karate, was given a prison sentence of 13 years. In 1986, a judge ruled that Netherlands Mitric could not expand into the former Yugoslavia, because he could be killed. Netherlands declared him an undesirable alien. Eventually he lived in the Netherlands for over forty years.

The police are always assumed that the shooting was a settlement in the criminal environment. But Mitric itself has always maintained that the triple murder was the result of a feud secret service.

Mitric ended his days on the dirty attic of an old school in East Amsterdam. That he was building last Friday in a doorway found. In the hospital he was deceased.

During his detention in Scheveningen Mitric wrote his memoirs. The book was titled: Secret agent of Tito. The cover posed Mitric 'with a dangerous-looking machine pistol while he was embraced by a naked blonde. In the book he elaborates on his work for the Yugoslav secret service: attacked his 'jobs' in Eastern Europe, France, Sweden and Belgium and, how could it be otherwise, his adventures as the Yugoslav James Bond many women whose charms.