Home / World / Kandahar yet to the ballot box after attack Taliban 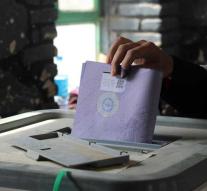 kabul - In the southern Afghan province of Kandahar, after a week's delay due to a serious attack by the Taliban, the ballot boxes were opened. Voters can cast their votes for a new parliament under strict security measures.

The Taliban committed an attack on senior officials in Kandahar last Thursday. As a result, the influential police chief Abdul Raziq and the regional Afghan intelligence chief lost their lives. The governor of the province and an American general were injured. The Afghan electoral committee quickly decided that the elections in Kandahar would be postponed for a week.