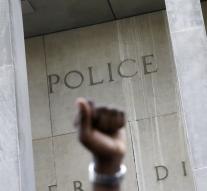 - The police force of the US city of Baltimore has discriminated against for years black people. The police focused disproportionately often to black people, she held illegally and used excessive force. That concludes the US Justice Department in a report that will be presented Wednesday, writes The Washington Post.

The research was conducted following the death of Freddie Gray, who was injured after his arrest in a police van to his spine and later died. The six officers who were involved in Gray's arrest were none of them convicted.

The ministry threw a broader look at the police force and concluded that the relationship between the police and certain communities,, Baltimore's broken. ' Agents are poorly trained and complaints against officers are routinely ignored.