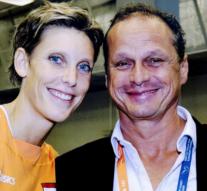 - The people's jury at the court Wednesday in council passed in Murcia (Southeast Spain) on the fate of the four suspects in the murder of the Dutch volleyball star Ingrid Visser (35) and her partner Louis Severein (57) in May 2013. The consideration conducted in complete isolation. According to sources in the court may take it ' a few hours to a few days. '

Prior to their deliberation, the nine members of the jury received a questionnaire from the court president Enrique Domínguez. determination of the jury on the question whether the four suspects are found guilty.

The questions are secret until the jury verdict. But it is certain that the jurors must answer whether they consider it proven that the Spaniard Juan C. decided to kill the two Dutch and whether Juan C. before the two Romanians Valenti and I. Constantin I. hired.

The prosecutor Verónica Celdrán maintains its original sentencing of fifty years for the three main suspects. This ignores the attempt by Juan C. (39) and Valentin I. (62) to get reduced sentences by confessing their guilt during the trial.

Serafín against the A., the owner of the lemon grove where the remains of the two Dutch two weeks after the murder were found, the Public Prosecutor demands three years in prison for concealment of the crime.