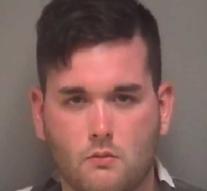 charlottesville - James Fields, the white neo-Nazi who volunteered on a group of demonstrators in Charlottesville last year, killing a woman, must have a lifelong...

The jury in Charlottesville considered the 21-year-old Fields guilty of murder and nine other crimes. In his action, the 32-year-old Heather Heyer was killed on 12 August last year, 19 other demonstrators were injured. In addition to the life sentence for murder, the jury recommends a 419 year prison sentence for Fields' other crimes.

The court will rule on 29 March next year.