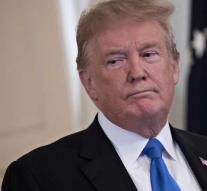 The government wants to adjust a regulation from 1997. It stipulates that children may not be in detention for extended periods of time. The judge called the proposal of the Ministry of Justice 'dubious' and 'not convincing'.

The ministry wants to adjust the scheme after a judge last month determined that family members separated by the border guard must be reunited within thirty days. According to the government, changing the scheme is the only way to keep migrants in detention and reunite with their children.