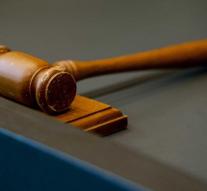 munich - A court in Munich on Wednesday convicted four right-wing extremists for the formation of a terrorismecel. The motives were racist and anti-Semitic. The goal was attacking refugees. The court gave sentences of three to five years.

While the past two years more than a million immigrants arrived in Germany, the government tried to get hold of extremists who attacked increasingly aliens. The three men and one woman were sentenced Wednesday belonged to the so-called Oldschool Society (OSS), which is considered a terrorist organization typical of neo-Nazis. The OSS was established in 2014. It has an estimated thirty members.

According to the court is clear that the group quickly radicalized in 2015 and planned a series of bombings, especially in centers for asylum seekers. The members bought explosives in the Czech Republic. The detention of the four in June 2015 prevented the plans were carried out.

The prosecution had asked for sentences up to seven years.